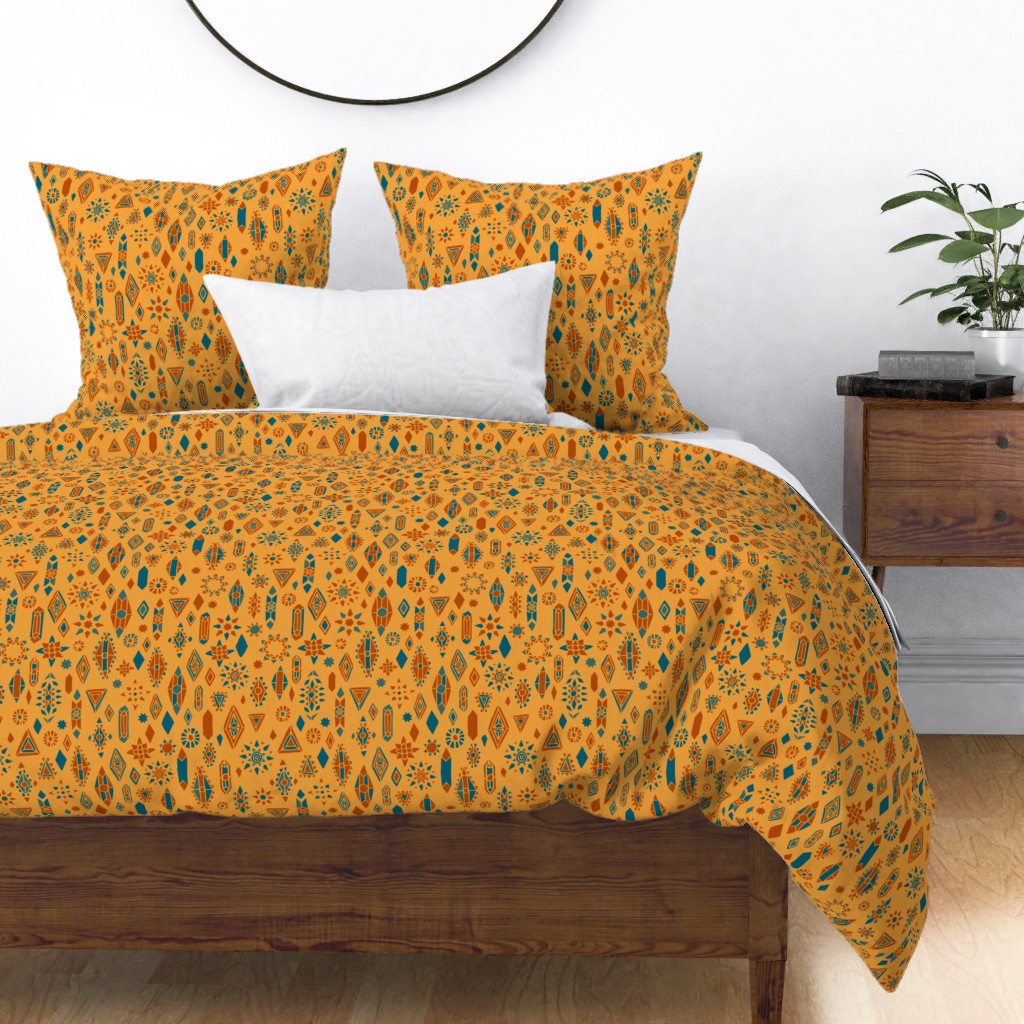 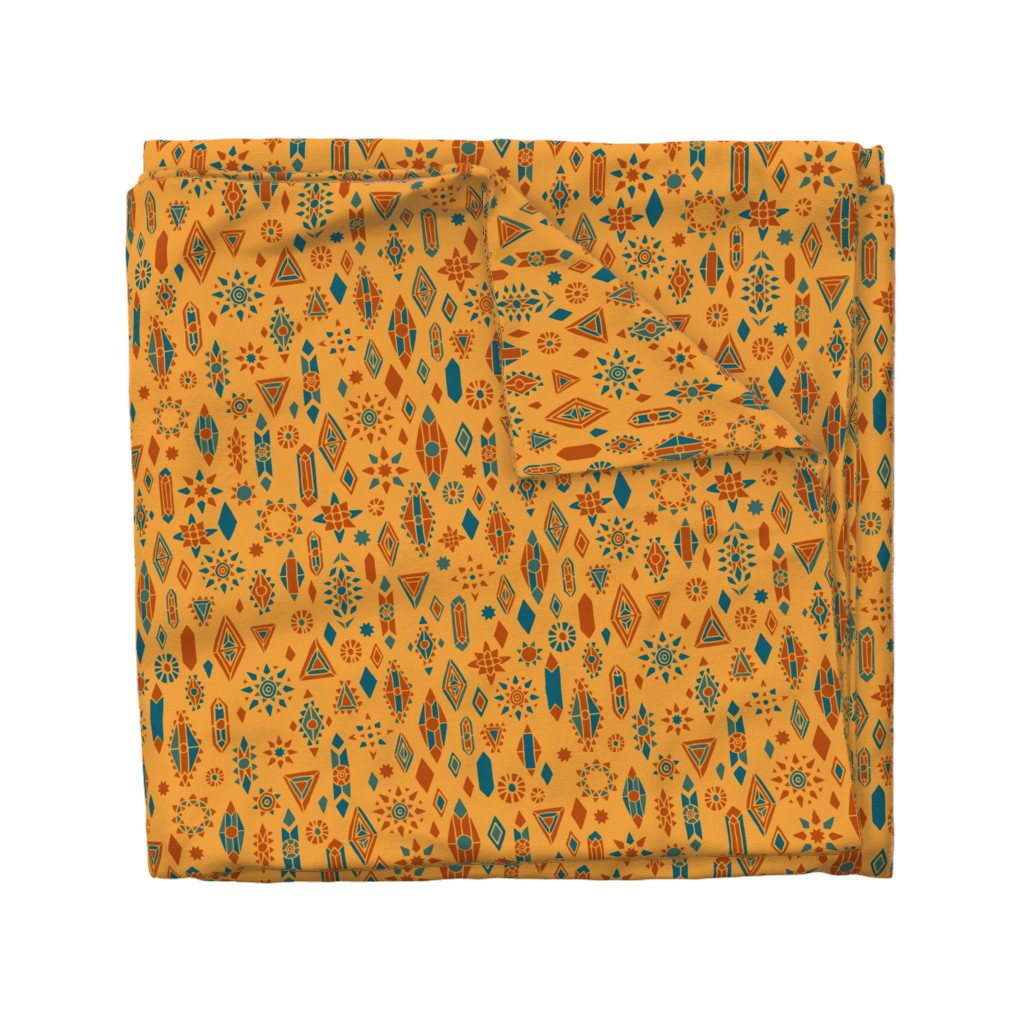 Inspired by crystals & geometry, these doodled shapes come together on a sunny yellow background to create a limited palette boho print! Hand drawn.

Motifs were drawn by hand with ink pen on paper, scanned, then colorized and laid out in Illustrator. Colors used are from Spoonflower's Limited Color Palette challenge: Lagoon #005e70, Saffron #f3a33b, Terracotta #b84b03, and Ocean #3a6b64. This 2-directional pattern has a warm golden yellow background with an assortment of jewel-like geometric shapes in rust orange, teal blue, and a dark turquoise green. I envision this print being used on a fun summer dress, or to add a pop of Southwestern-inspired boho to a wardrobe, wedding, or home! 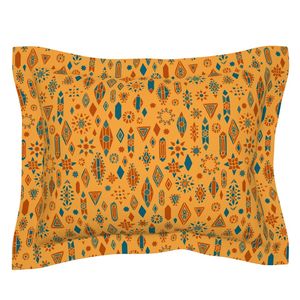 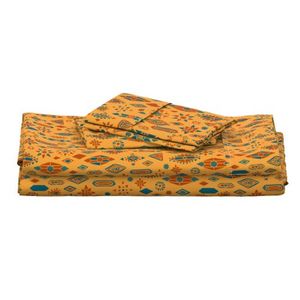 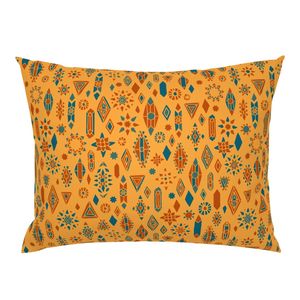 Knife-Edge Pillow Shams
See all products in all categories